This controversial conditioned stimulus tells the animal that the training session is over and that their attention is released. Effectively, this is the training equivalent of “goodbye,” and in fact I recommend that exact word as an EOSS (it puts the trainer in a friendlier frame of mind than the more negative connotations of other options such as “no more” or “all gone”).

However, since many people include all or nearly all the reinforcement within the training session, this signal can come to mean to the animal that the opportunity for reinforcement is gone (or a stimulus delta in the psychological sense). In that case, it is a type of secondary negative punisher and may therefore lead to frustration, anxiety, and in the worst case scenario, aggression. For this reason, this stimulus is hotly debated. Whether or not the stimulus comes to represent a negative punisher depends on whether or not it does in fact predict no reinforcement. It is possible to vary the session times randomly and provide post-session reinforcement delivery that will contradict the conditioning of this stimulus as a stimulus delta. 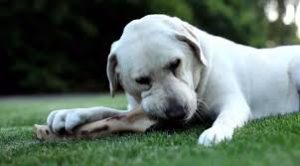 One solution is to routinely provide post-session reinforcement to the animal after the trainer’s departure and the EOSS. Leaving food in the enclosure would be an example. Another solution is to also frequently return repeatedly after varying lengths of time (a technique I call ‘multiple sessions’) to disassociate the EOSS with any predictability of a lengthy absence or loss of reinforcement opportunity. It should be pointed out that without a specifically conditioned stimulus to say such a thing, the animal will naturally associate the various activities that the trainer does in preparation and associated with leaving, as an EOSS that they come to recognize from an associative learning process. So, in some sense, whether or not you deliberately condition this stimulus, the observant animal will generally learn one or several activities of the trainer that are effectively a type of EOSS. This truth makes a heated debate over the evils of the EOSS rather silly in my opinion, since in all likelihood there exists some form of EOSS in any case. Ultimately, the real evil is found in the predictable association to a period of no reinforcement that should, in either case, be mitigated by prudent counter measures like those described above or other means to lessen the negative implications of departure (assuming your animal doesn’t want to see you leave since you have a positive relationship bank).

By Animal Training and Research Intl. in Uncategorized on December 11, 2016.
← Behavior Extension and Calmness How Do You Measure the Success of an Animal Training Program? →