In March of 2001 two of the sea lions began participating in a study comparing dive physiology (including heart rate, blood lactate, and effects of instrumentation) between pinnipeds and humans. Some of the best human free-divers from Europe (including: Loic Leferme and Pierre Frolla), participated in the investigation in Moss Landing to make comparisons side by side with our sea lions in the ocean, diving to depths of up to 100 ft.  Heart rates were similar in overall bradycardia, however the onset of bradycardia was more rapid in the pinnipeds. 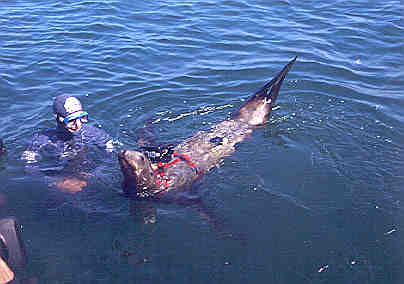 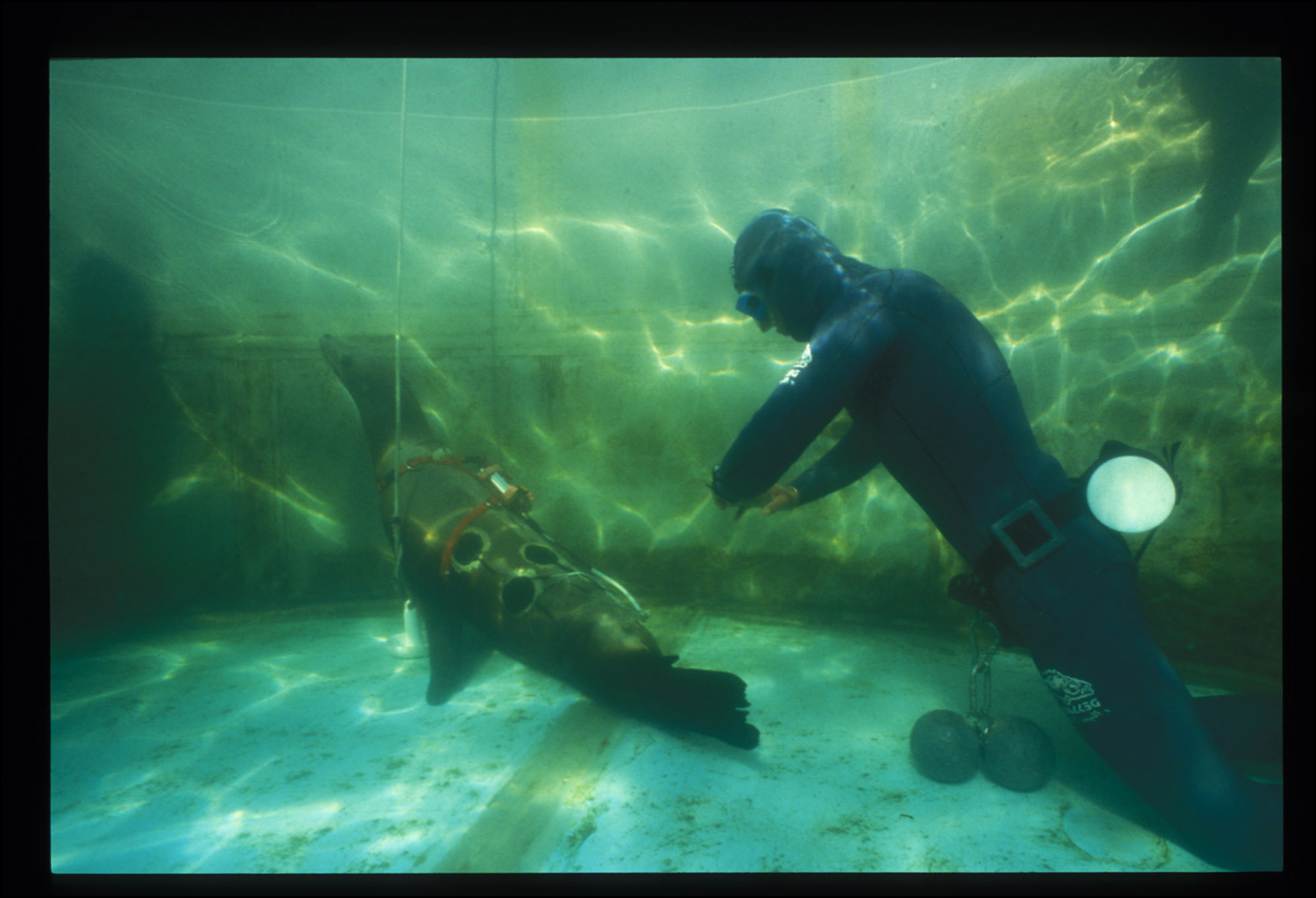 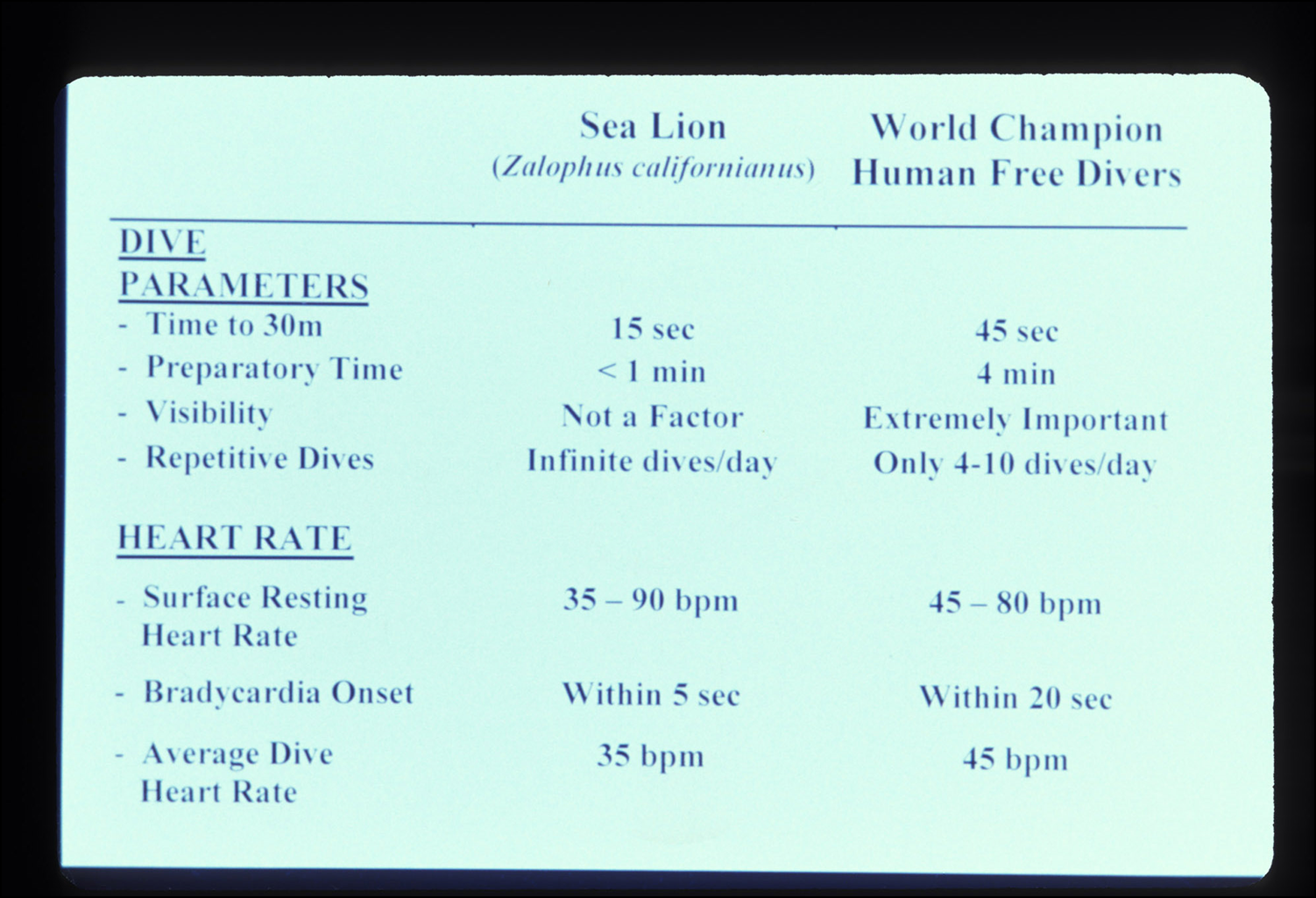 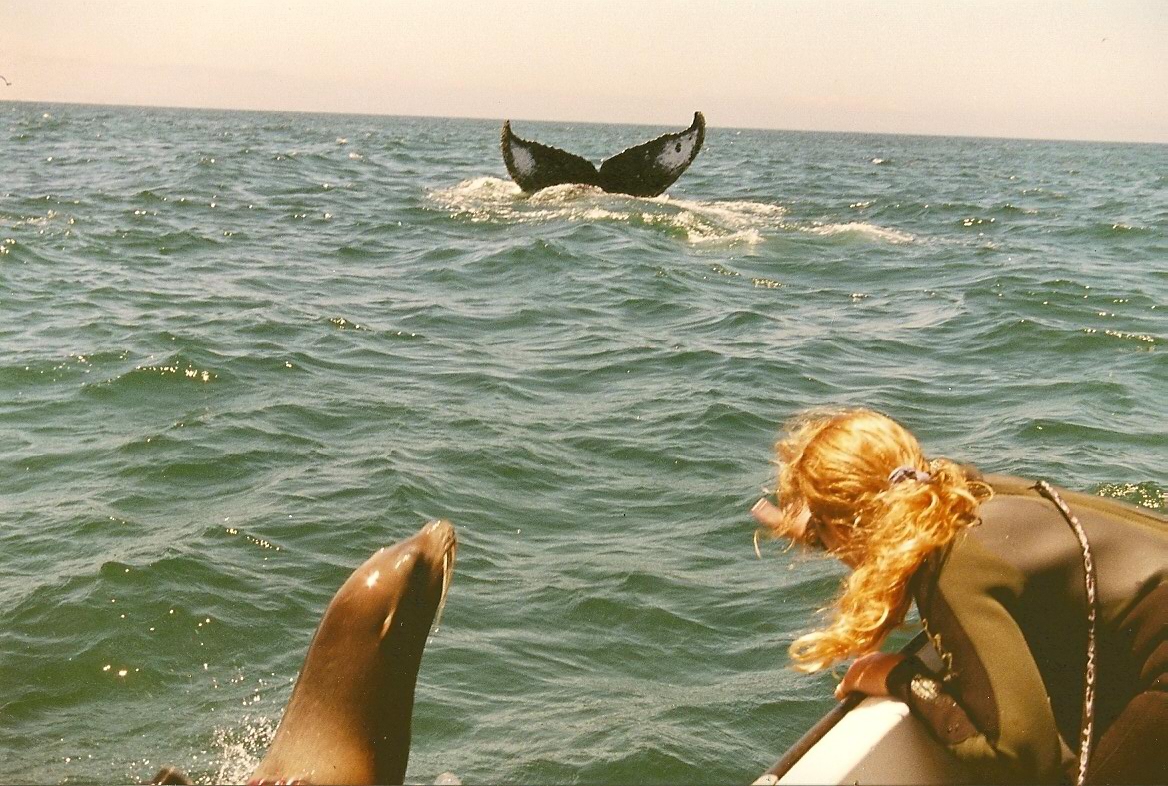 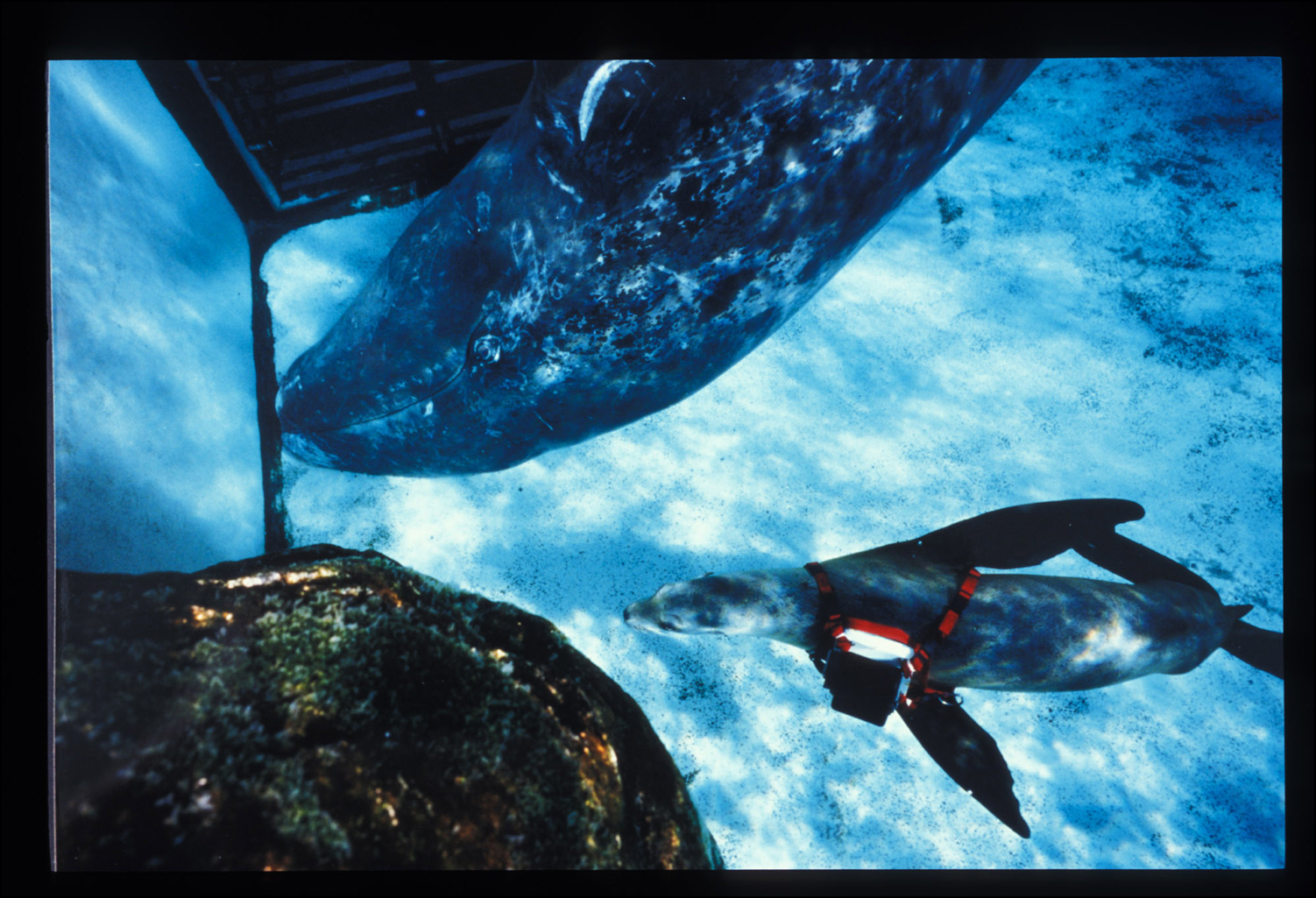 The goals of the SLEWTH (Sea Lions Exploring Whales and Their Habitats) project were to train California sea lions to carry a harness with attached video camera and swim alongside whales, thus recording their underwater behaviors.  The sea lions were trained to follow model whales, as well as other live animals such as captive dolphins and one captive baleen whale (JJ, at Sea World) and this behavior was used to generalize the behavior to wild whales.  The sea lions were trained in free release in the open-ocean for several years from 1996-1999.  The sea lions were also trained to carry and place suction-cup tags on replica whales towed behind a boat in the open ocean in preparation for potential future use to deploy tags onto living whales.  At the time of the study, the video cameras were still very large and proved to provide too significant of a drag on the swimming of the sea lions for them to keep up regularly with wild whales.  Due to lack of funding and prohibitive study conditions, the whale filming research that was so popular in the public eye was regrettably canceled.  This work was published in the Journal Aquatic Mammals:

SLEWTHS still took their sea lions out to the open ocean for other research projects until 2002.

The SLEWTH project continued to explore, until 2002, applications of the sea lions performing as ocean survey tools with subjects ranging from archeology (working with Texas A&M Institute of Nautical Archaeology) to benthic community monitoring.  This work was canceled as it was cost-prohibitive. 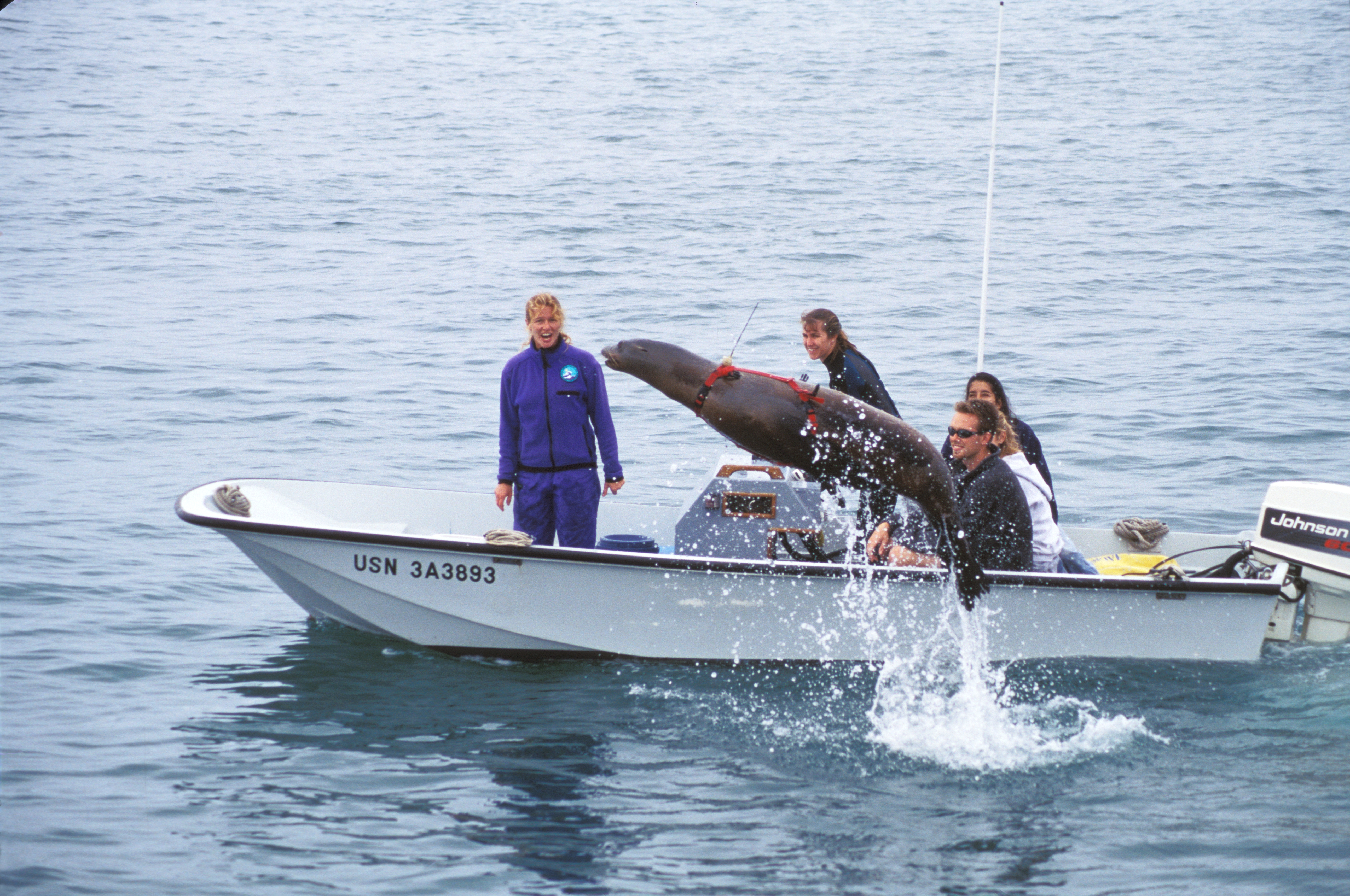