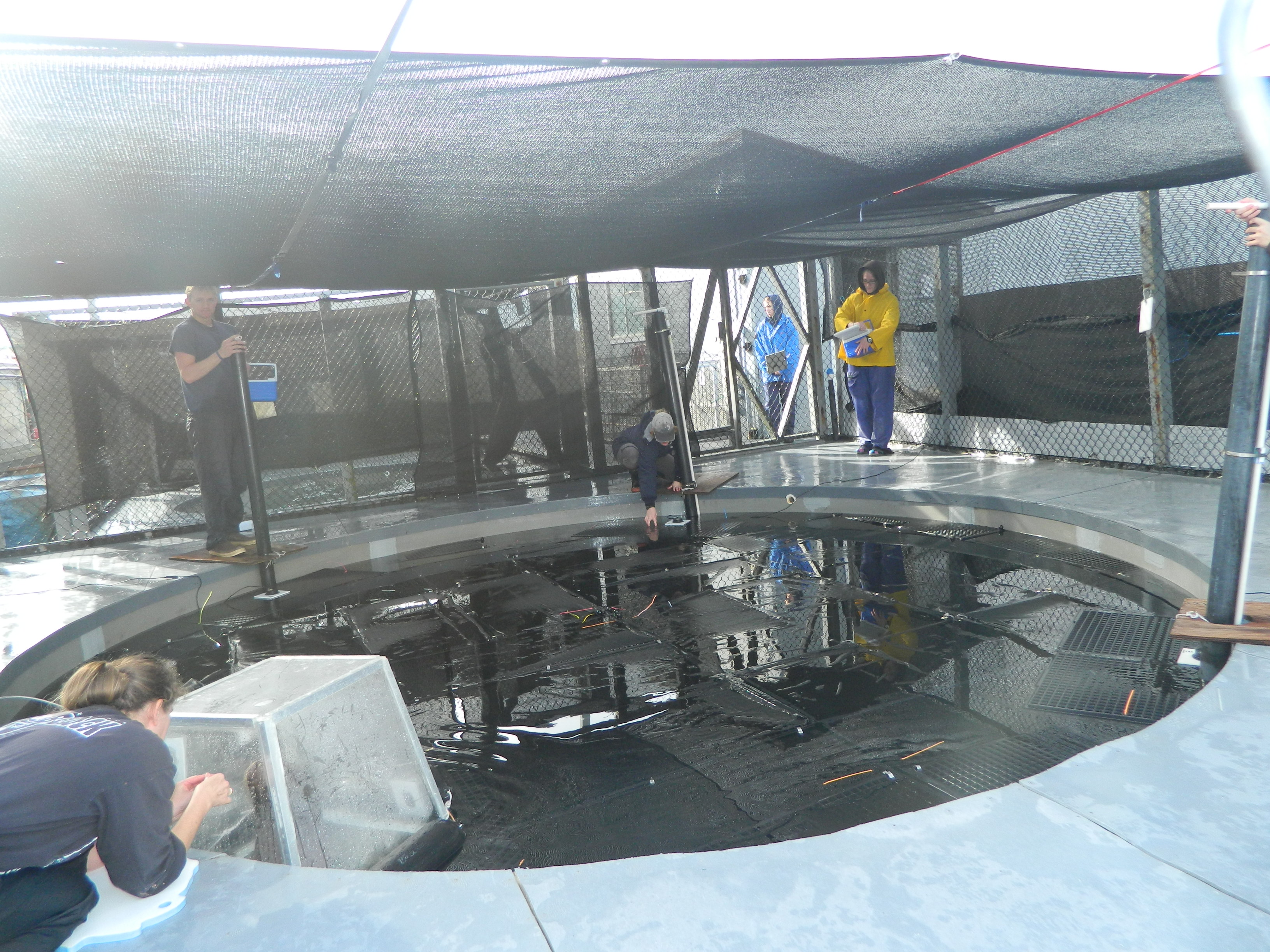 In from 2012 to 2014 we partnered with Alaska Pacific University graduate student, Tori Norrell and her mentor Leslie Cornick to quantify how the foraging behavior of 1.1 California sea lions (Zalophus californianus) relates to their metabolic rates and their behavior.  We examined how different levels of foraging effort may affect the animal’s metabolism. This work was published in JEB: 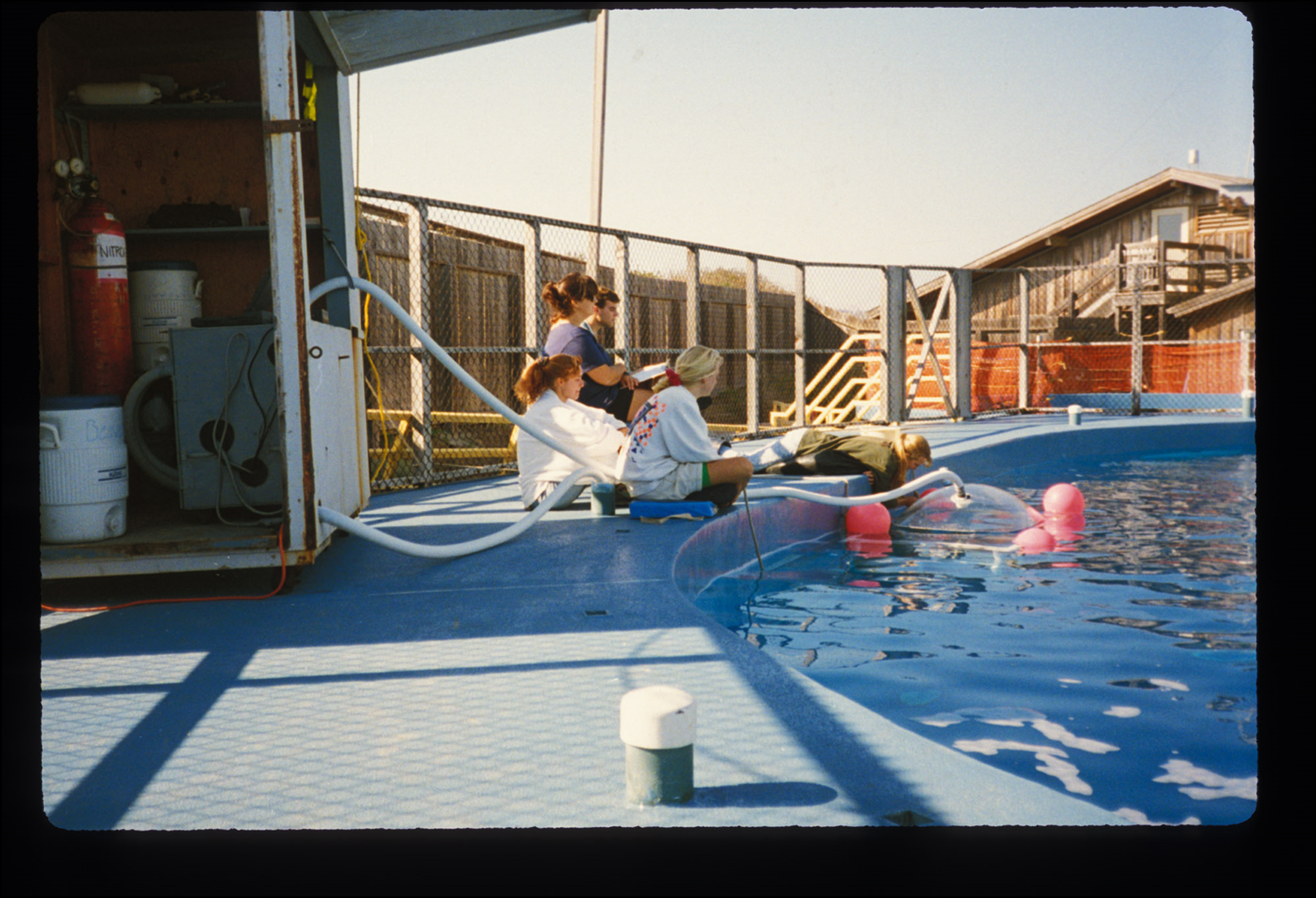 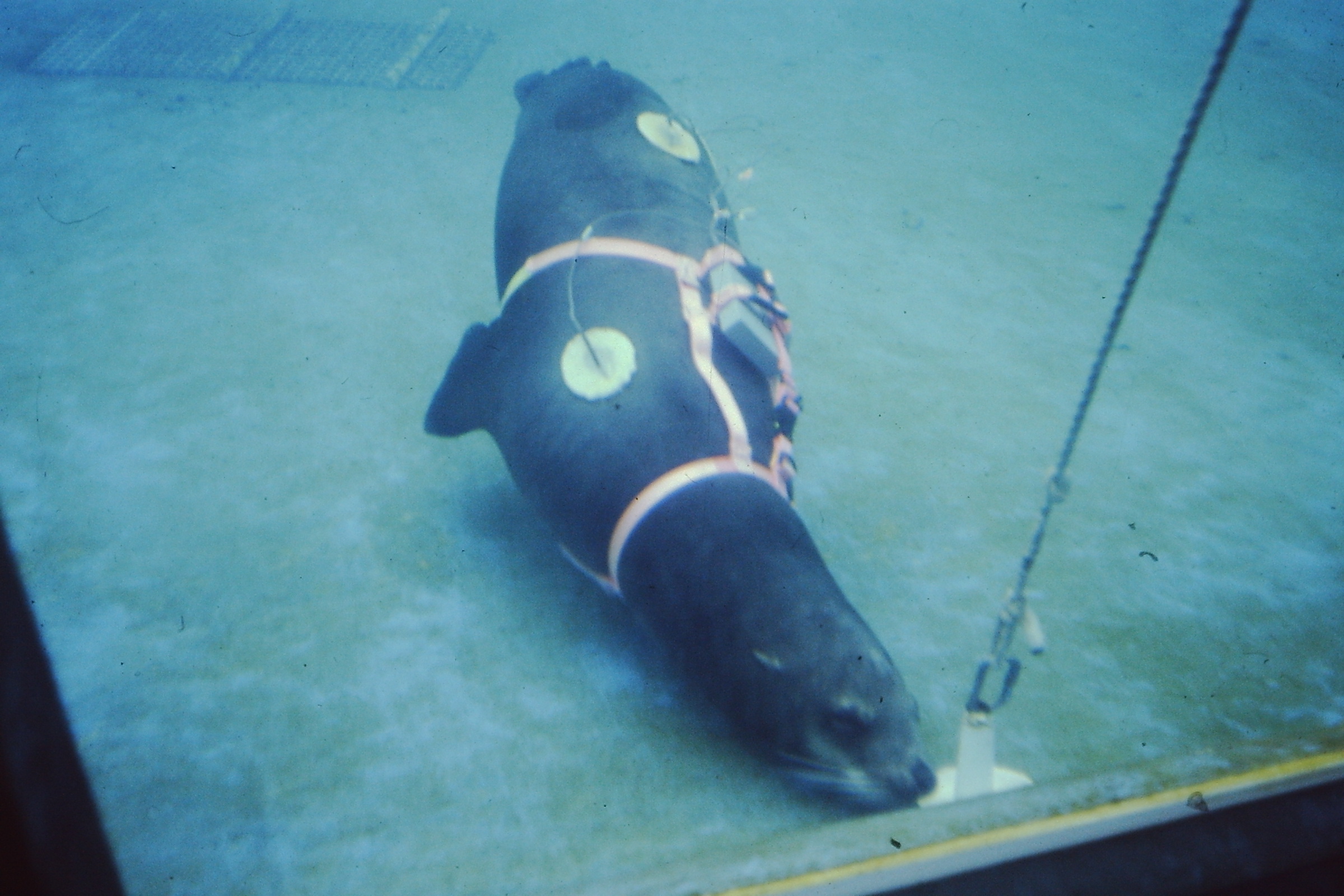 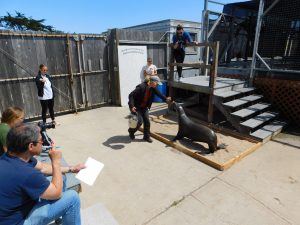 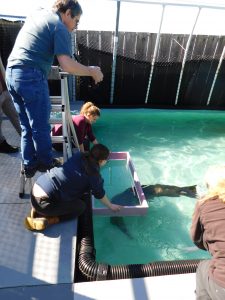 In collaboration with Westchester University researcher Frank Fish, a three year program starting in 2018, will be studying sea lion maneuverability by passively recording the sea lions with video photography while swimming in either free swim or trained control conditions. Data will include accelerating from rest, turning and hovering in tanks as well as movement on land.

A 2001 study we conducted in collaboration with researcher Frank Fish measured maneuverability in sea lions.  Maneuverability is critical to the performance of fast-swimming marine mammals that use rapid turns to catch prey. Video recordings were analyzed for two sea lions turning horizontal and during unpowered turns.  High speed turns at up to 5.1 Gs were executed by body flexion in
conjunction with use of the pectoral and pelvic flippers, which were used as control surfaces. Turning radius was found to be dependent on body mass and swimming velocity. This work was published in JEB:

The newest three year study starting in 2020 will provide detailed descriptions of the locomotor kinematics of the sea lions. Sea lions use all four flippers when moving terrestrially in a lateral sequence (English, 1976), unlike phocid seal who primarily "hump" along using only the fore flippers (Garrett and Fish, 2014; Tennett et al., 2018). Understanding terrestrial aquatic transitionary movements is useful to developing models for such movement for other applications including remote vehicle development for exploration. A comparison of sea lions with existing data on phocid seals (Garrett and Fish, 2014; Tennett et al, 2018) will be undertaken using videography and motion analysis to define the movements of the spine and examine coordination with all four flippers as the sea lions move over rocky and sandy terrain. The main hypothesis is that the energy sea lions are expending to move on land is less than phocid seals.

In 2015, SLEWTHS partnered with Moss Landing Marine Labs Marine Mammal Faculty researcher, Dr. Gitte McDonald and her graduate student, Mason Cole in his Masters project.  This project will help validate the use of modern, triaxial, fast-sampling accelerometers to reliably identify prey engulfment and possibly prey size by California sea lions. These tags have successfully been used for this purpose with a captive harbor seal wearing the tag on its head (Ydesen et al. 2014). The purpose of this project is to validate this methodology for use in California sea lions, offering a reliable, noninvasive, and important means of enumerating and categorizing prey capture events for potential future use in wild sea lions.

Trials were conducted throughout 2016 with 1.1 of our California sea lions (Zalophus californianus) wearing accelerometers either on their head or on the back while presented with a prey item underwater. Prey item size is recorded prior to feeding and each fish is presented within view of an underwater-mounted GoPro cameras synced precisely to the accelerometers. The sea lions are recorded eating the prey item by both accelerometers and GoPro cameras and the data will be analyzed by computer algorithms to see if the accelerometer can reliably detect the feeding events. 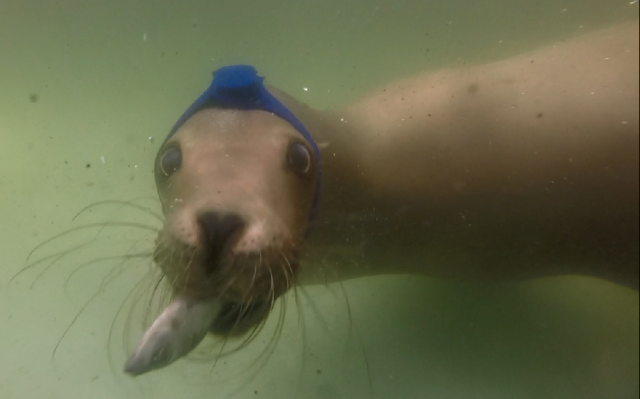 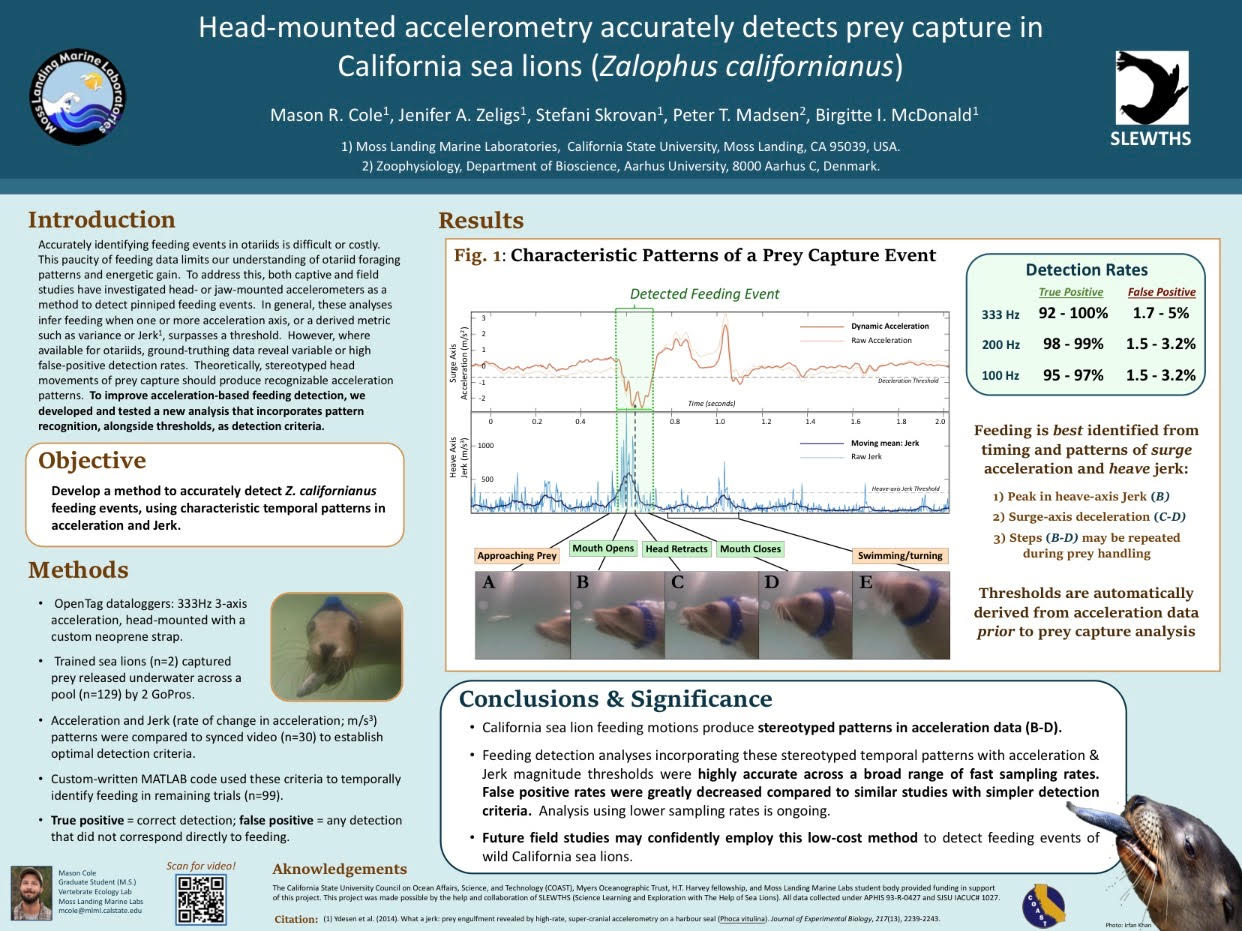